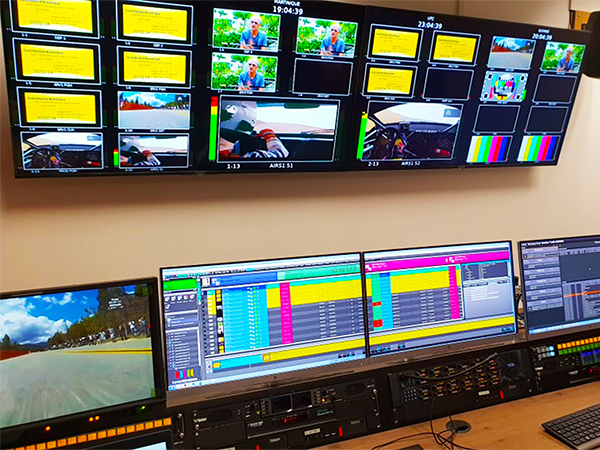 Weybridge, UK, November 12th, 2019 – Pebble Beach Systems, a leading automation, content management and integrated channel specialist, today confirmed that France TV Outre-Mer (the overseas territory division of France TV), has installed a new Marina Lite automation control system at a new facility on the island of Martinique. One of only three French overseas territories to have its own local TV channel, the Martinique station features a news studio and an independent local production team. The Marina Lite system replaced an aging automation system and was installed as part of the organization’s move to a new facility.

The Marina Lite system controls two channels of playout, one for the main output and a second representing a completely redundant backup. “Prior to installing the Marina system, we had no backup playlist in case anything went wrong,” said Jean-François Laupa, Technical Center Manager at France TV. “This additional safety coupled with a new UI and tools for our operators is a great step forward for our operations.” The Paris-based France TV team handled the integration on-site in Martinique as it required additional staff and skills.

“There are many playout systems in use across France TV’s properties, so we are delighted that they chose to deploy our Marina technology in Martinique,” said Manuel Brouard, sales engineering manager at Pebble Beach Systems.