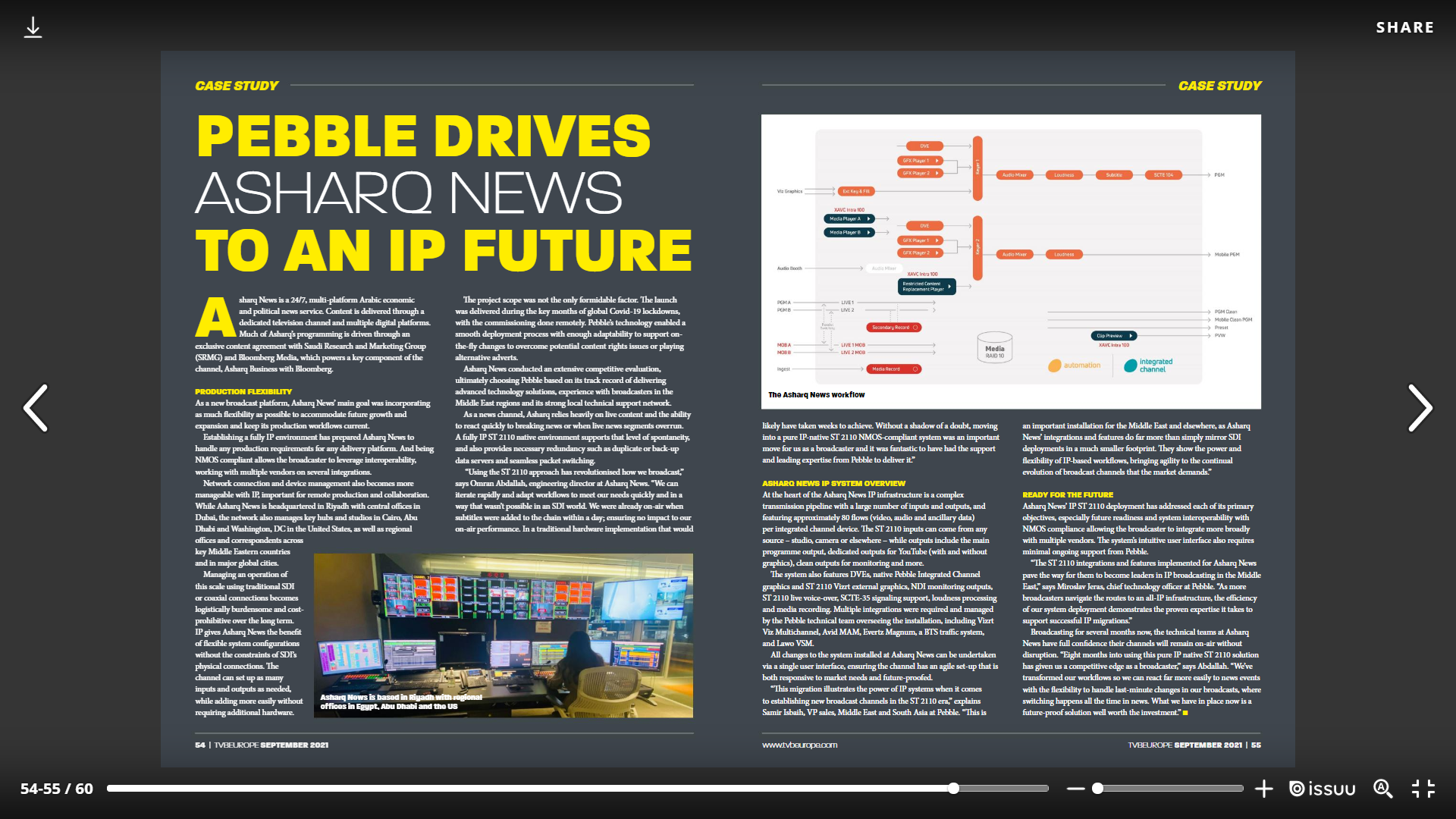 Asharq News broadcasts from a new all-IP facility and, with the support of Pebble’s playout solutions, recently launched as one of the first SMPTE ST 2110 NMOS-compliant broadcasters operating in the Middle East and North Africa region.

Asharq News is a 24/7, multi-platform Arabic economic and political news service. Content is delivered through a dedicated television channel and multiple digital platforms. Much of Asharq’s programming is driven through an exclusive content agreement with Saudi Research and Marketing Group (SRMG) and Bloomberg Media, which powers a key component of the channel: “Asharq Business with Bloomberg.”

As a new broadcast platform, Asharq News’ main goal was incorporating as much flexibility as possible to accommodate future growth and expansion and keep its production workflows current.

Establishing a fully IP environment has prepared Asharq News to handle any production requirements for any delivery platform. And being NMOS compliant allows the broadcaster to leverage interoperability, working with multiple vendors on several integrations.

Network connection and device management also becomes more manageable with IP, important for remote production and collaboration. While Asharq News is headquartered in Riyadh with central offices in Dubai, the network also manages key hubs and studios in Cairo, Abu Dhabi and Washington, D.C. in the United States, as well as regional offices and correspondents across key Arab countries and in major global cities.

Managing an operation of this scale using traditional SDI or coaxial connections becomes logistically burdensome and cost-prohibitive over the long-term. IP gives Asharq News the benefit of flexible system configurations without the constraints of SDI’s physical connections. The channel can set up as many inputs and outputs as needed, while adding more easily without requiring additional hardware…

Click HERE to read the case study in full