Company reports increases in gross margin and order book, improvements in cash generation and profitability, reduction in debt
Weybridge, UK, March 28th, 2019 –  Pebble Beach Systems, a leading automation, content management and integrated channel specialist, released a highly positive set of results for 2018 today.
The company reported a material increase of 3% in gross margin compared to 2017’s figures, and succeeded in transforming an adjusted EBITDA of £500k in 2017 into a £2.5m profit in 2018, an increase of 400%.
Furthermore, the business improved cash generation by nearly £4.3m across the 12-month period.
In addition, Pebble reported an increase in orders received and a reduction in debt. Pebble confirms that updated terms to manage the further reduction of this debt were agreed this month, providing a stable capital base.
Pebble CEO Peter Mayhead said

“This is a truly inspirational set of results and I’m immensely proud of what everyone at Pebble has achieved. We’ve made some bold changes, drawn a line underneath legacy issues, and erased any lingering doubts that the market may have had about our corporate position. These results show that our hard work has paid off.”
He continues “I’m excited to go into this year’s NAB show with such a great set of results. In addition to getting the financials in good shape, 2018 saw the formation of a new leadership team, and the creation of a forward-looking strategy which keeps the needs of our customers at its heart. We look forward to sharing the details with new and existing customers at the show next month.”

“This is an exciting time for Pebble Beach Systems as the broadcast industry adapts to the opportunities presented by the expansion in audience and platforms, underpinned by strong continuing growth in advertising revenues. Pebble Beach Systems is now well-positioned to deliver solutions to the global broadcast market as it invests in channel and content delivery infrastructure and systems.”

Pebble Beach Systems will be exhibiting on Booth SL4528 at NAB, and also participating in the IP Showcase in the Central Hall on Booth C12634. Full details of the Annual Report can be found here.

Pebble Beach Systems Moves IP Control Forward at NAB 2019 with Focus on NMOS IS-07
Pebble CTO to present paper on AMWA IS-07: NMOS Event & Tally Specification as part of AIMS program at NAB IP Showcase
Weybridge, UK, March 25th, 2019 – At NAB 2019, on booth SL4528, Pebble Beach Systems, a leading automation, content management and integrated channel specialist, will demonstrate some of the emerging solutions for replacing – and surpassing – wired GPI capabilities in modern broadcast facilities as they migrate to IP. Pebble Beach Systems has been a key contributor to the IS-07: NMOS Event & Tally Specification (“IS-07”) which is under development by the Advanced Media Workflow Association as part of the Networked Media Open Specifications initiative. It defines a mechanism for emitting and consuming states and state changes in an IP environment, allowing equipment from multiple vendors to be connected using open standards – and for those connections to be easily and simply remapped.

“There are existing protocols that cover simple data transport over the network, but those tend to be proprietary protocols that are often implemented on a per project basis. IS-07 solves the problem in a standardized way that ensures interoperability between vendors. It’s a Swiss Army knife for system integration” said Miroslav Jeras, Pebble Beach Systems’ CTO.
He continues: “The IS-07 protocol replaces GPIs by transmitting logical data, timed with the PTP timestamps. But the true power of IS-07 lies in the transport of string and numeric values. And you can further describe the data being sent by adding metadata such as lists of acceptable values, ranges, or units of measurement. The flexible routing mechanism inherited from other NMOS specifications also enables an IS-07 based control panel – or even control room – to be remapped to another studio or channel by a single click.
We’re proud to be at the forefront of this initiative which has ramifications for all vendors and users who are architecting and maintaining IP infrastructures. On the Pebble booth, we will be presenting a targeted demo showing a powerful subset of the vast functionality this protocol will enable, featuring Pebble equipment alongside technology from Riedel and Atos, and the Riedel booth C6537 will also feature an IS-07 demo.”

Pebble Beach Systems will also be participating again in the annual IP Showcase in NAB’s Central Hall where Jeras will present a paper on IS-07. The Future Zone of the IP Showcase also features a dedicated IS-07 area, where attendees can see  devices from different vendors seamlessly integrated in an interactive demo workflow. Devices in the demo include hardware and software panels, playout systems, multiviewers and measurement equipment.
As the entire industry moves towards the adoption of open standards like IS-07, Pebble invites broadcasters to witness the clear benefits that these latest open IP control standards will bring. 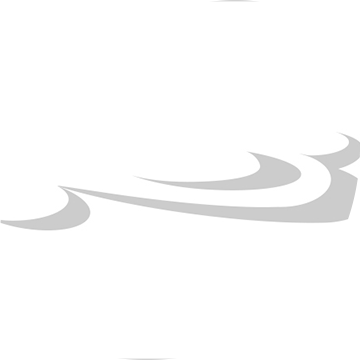 At NAB 2019, on booth SL4528, Pebble Beach Systems, a leading automation, content management and integrated channel specialist, will showcase its best of breed solutions for playout, including: a business continuity demonstration featuring Orca, Pebble’s virtualised integrated channel solution for private or public cloud deployments; Web-based remote management and monitoring with Lighthouse; scalable multichannel playout automation via the company’s flagship Marina solution; and integrated channel playout with Dolphin, supporting uncompressed multi-channel 4K and 25GbE IP functionality.
Business Continuity
Pebble’s award-winning virtualised IP channel solution, Orca, continues to be deployed by organizations seeking an all IP integrated channel system designed for uncompromised playout from the cloud. There are currently well over 100 Orca virtualised channels on the air, many of which are complex multi-language broadcasts requiring precise synchronisation and comprehensive audio playout rules. Disaster recovery has been a catalyst in the growing adoption of virtualised playout for many companies wishing to “test the waters” when designing and testing an IP and cloud ecosystem, and Pebble will showcase a full business continuity system using Orca in the AWS cloud, fully synchronised with the local system so that channel output and functionality remain the same, even in a disaster scenario.
Remote Management and Monitoring
Whether for a main, backup, or DR system, Pebble’s Lighthouse enables monitoring and/or control from a single, secure, centralised web-based dashboard. At NAB, visitors will be able to see clear and concise exception monitoring lists any errors to provide actionable information on each system, and low latency monitoring using NDI technology which delivers a confidence preview of each system to the Lighthouse UI, without the delays incurred by having to manage compressed video.
Scalable Multichannel Playout Automation
Marina is Pebble’s flagship multichannel playout automation system for systems playing out one to hundreds of channels, and is in use at top tier broadcasters around the world. NAB attendees will learn how broadcasters can upgrade or migrate their legacy automation systems to Marina’s powerful automation platform in a managed way. Playout infrastructures can evolve from legacy device control to incorporate new and evolving technologies with minimum disruption to processes and staff.
Integrated Channel Playout
Dolphin is a compact and cost-effective integrated channel device which operates under Pebble Beach Systems’ Marina automation control. When equipped with the Matrox X.mio5 Q25 SMPTE 2110 NIC card, Dolphin supports uncompressed multi-channel 4K and 25 GbE IP functionality without any increased load to the CPU. Organisations with IP migration plans have purchased Dolphin servers with SDI hardware secure in the knowledge that they can easily install IP I/O hardware, such as the X.mio5, when the time is right for them. Going far beyond typical CiaB (Channel-in-a-box) capabilities, Dolphin also incorporates a series of software plugins, allowing organisations to use their preferred best-of-breed solutions within the integrated channel environment. Plug-ins include Ross and Pixel Power graphics, loudness from the Telos Alliance, live captioning from EEG, and Kantar and Nielsen watermarking.
Further announcements on IP standards development and software plug-ins will be made nearer the show.

“Azam Media selected Marina because it offered exceptional operational stability and a modern user interface designed to make their operation as efficient and simple as possible, regardless of the underlying technology being controlled,” said Samir Isbaih, VP of Sales for the Middle East and AsiaPac at CABSAT today.
“Marina is handling all media management, file transfers and playout for Azam,” he continues. “The ability to manage this functionality via a single user interface really increases efficiency for them and avoids the need for multiple databases. Managing multiple locations and multiple technologies, the solution delivers simplified, coherent content management at this key site.”

Playout Operations Upgrade: Pebble Beach Systems, a leading automation, content management and integrated channel specialist, today announced that Dijlah TV, one of the most watched news channels in Iraq, has chosen Pebble Beach Systems’ Dolphin integrated channel device and Marina automation solution to upgrade its playout operations as the broadcaster brings more channels to air.
A long-time user of Stingray, Pebble Beach Systems’ powerful and compact channel in a box solution, Dijlah TV was looking to implement a fully redundant automation solution with no single point of failure, that encompasses ingest, content management and playout functionality.
Operating under the control of the Marina automation system, Dolphin delivers highly automated integrated audio, video and graphics functionality for ingest, channel branding and frame-accurate multi-channel playout. The flexible pipeline design enables the virtual output chain to be customized for each channel, specifying the order in which functions including graphics, effects, and aspect ratio conversion are handled within the system.

“As Dijlah TV continues to expand its offerings, we put in place a smooth upgrade path to support their increased playout requirements. The combined Dolphin and Marina solution gives them the option to control third party devices, maximizing their technology choices. For the operators, the transition is seamless with minimum disruption to their existing workflow,” commented Samir Isbaih, VP of Sales for Middle East and APAC at Pebble.

If you want o find out a little bit more about Pebble Beach Systems, feel free to visit out “about us” page. However, if you want to find out more about Pebble Beach Systems, and how we can help your broadcasting business succeed in a competitive marketplace, contact us now.  We are looking forward to hearing from you.
Alternatively, if you would like to see more detail on each of the products below, please click the relevant links: